What Happened When I Ditched My Smartphone

In last week’s blog I outlined the reasons why my husband and I decided to switch our smartphones for dumb phones with no internet. This week I’ll explain how the switch has actually gone.

First though, I must mention our “rule”. Like I said last week, our phone switch was not about quitting the internet altogether. The internet is very useful and a huge part of how I run my business. It has its place, but I desperately needed that place to not be “in my hand”, but rather somewhere a little less accessible! So, this is what we decided – we could still use the internet whenever we wanted, but only in our spare bedroom/office where our computer and laptop (and old smartphones!) are kept.

So, back to what happened when we decided to make the switch…

I really thought I would have to drag my husband kicking and screaming into our new smartphone-free life. But actually, because of the way our phone contracts were ending, he was the first one to get rid of his smartphone and quite frankly my reaction was one of “oh…ok…shite…so we’re actually doing this then?!”

I was addicted to my smart phone and, despite being adamant about giving it up, for all the very good reasons that I listed last week, it was NOT going to be easy. But I couldn’t leave my husband hanging like that, so I did eventually make the switch too!

First of all, the staff in the phone store reacted with confusion mainly, not understanding why I didn’t want the internet on my phone and why I didn’t want the “amazing FREE smartphone upgrade” that I could get with my plan. Free?! As we now know, smart phones come at a cost…to your health!

Now that we have the new dumb phones, people are quite shocked when we whip them out! Many stare at them (and us!) with a look of pity on their face. Others joke and say something like “I think it’s time for a new phone!”. But once people get past the initial shock and amusement and we explain why we got rid of our smartphones, the reaction of most is along the lines of “You’re dead right! I’d love to do that!”

This is the main reason why I am writing this blog. I feel like there are so many people out there who also desperately want a smartphone-free life, but maybe don’t know how to go about it or think it’s impossible in today’s world. 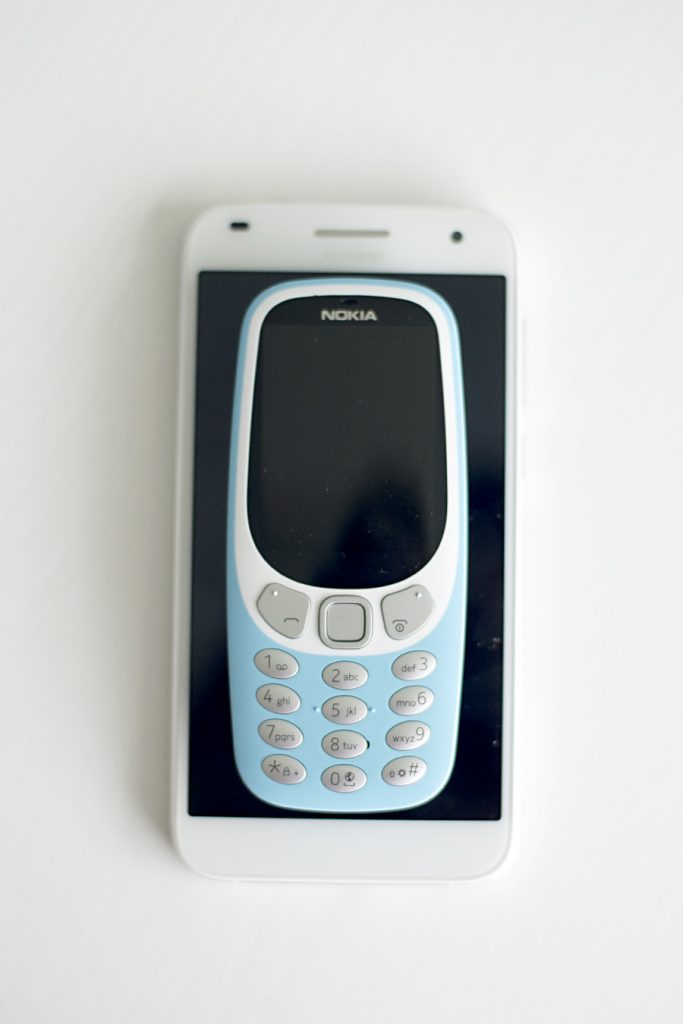 3 – The Addiction Was Hard to Break

As expected, getting rid of our smartphones and abiding by our “only in the spare room” rule resulted in an immediate DRASTIC reduction in the time we spent online. Woohoo! Mission accomplished…right?! Except that, well, I noticed something a bit disturbing in the first week or two – we basically wore a trail in the carpet up and down to the spare room to log onto the internet on our computer!

I was frustrated. I felt yet again like we hadn’t really FULLY achieved what we set out to do. We had broken the addiction with our smartphones, but we were still basically addicted to the internet! But then, something changed…

4 – We Woke from Our Internet Coma

Because our internet use was confined to the spare room, we gradually became SO AWARE of what we were actually doing on the internet.

For me, I realised I was traipsing up and down to the spare room to look at photos or updates on social media from people I hardly know, or worse still people I don’t know at all, I was watching vlogs from glamorous lifestyle bloggers and feeling envious and demotivated, I was being bombarded with updates from other health professionals, I was being constantly advertised at, I was reading bad news story after bad news story…I realised that 90% of what I was looking at did not motivate me, did not inspire me, did not educate me and I thought to myself “WHAT THE HELL AM I DOING!?”.

It really was like waking from a coma and beginning to see the reality and the ridiculousness of what we were doing and how much time we were wasting with things that offered no value to us whatsoever. It completely changed how we now approach the internet, drastically cutting the time we spend online even further. No more traipsing up and down the stairs and getting sucked into the bottomless pit that is the internet. We get in, we look at the things that we get value from, the pages and websites that inspire, motivate and educate us…and then we get out! 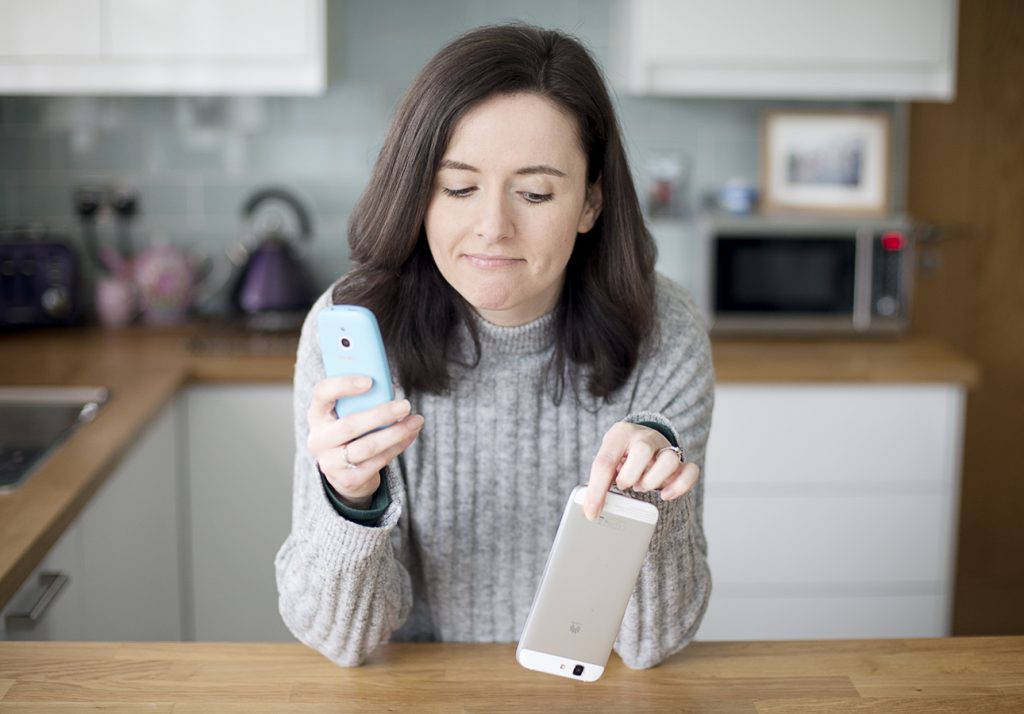 5 – We Are Living Our Lives

Smartphones really have made us lose the ability to be bored, to be alone with our own thoughts, to just, well, ‘be’. But now we’ve learned to be present in the world around us, to pay attention to where we are, what we are doing, what we are experiencing, who we are with. Now when we are with family and friends, we are WITH FAMILY AND FRIENDS. Our engagement and connection with people is in the form of real life conversations.

If you were to ask people what they wish they had more of in their life, some might say money, but a lot would say TIME. Time is so precious and yet every day we were wasting so much of it on the internet, on things that weren’t important to us. I can honestly say that getting rid of my smartphone and everything that has happened since has made me calmer, happier, less distracted and more productive, efficient and motivated than ever before. I am PRESENT in my life. I am LIVING my life.

Getting rid of my smartphone – smartest decision ever!